skip to main | skip to sidebar

Back to the battle

I have been away for some time. We are in dark days but as Churchill once observed at the height of the blitz, when yhings looked bleakest, when you're going through Hell, keep going.
Posted by caliban at 8:24 PM No comments:

Though not an American, my mother was born in Los Angeles and I feel a kinship with citizens of the United States.

I can be, admittedly, a little shallow and a little cynical. A creature of appetite and imprudence as it says in my bio on the side

I want to thank America for all you do to keep weaker nations like my own safe from harm.

The line has been drawn.

With McCain and Palin ride the hopes of the Western world.

I have been busy this past while with mundane concerns, but my prayers until November are with America.

I'm going to repost something I did back in March, when Hillary! was still in the race for the donks.

It was tongue in cheek, but the message was serious.

I know a lot of people don't fully square with the cut of McCain's jib, and that's fair.

But there's one thing I believe about him: regardless of his stands on other issues, he will keep you alive so that when the time comes to debate nuances of domestic policy where you disagree with him, you will be above ground to do it.

God bless America and thank you all.

As a conservative Republican, I'm in a quandary. The guy that will probably get the GOP nomination is an insufferable cranky old prick who's so far away from me on most of the issues I really care about that it makes me want to pull my curly hair out by the roots, then move up and pull out the hair on my head.

I TOTALLY hear where you're coming from. Remember this though: who is your enemy?

In a general election, it can suck that your candidate is a 4 out of 10. But if his opponents are a 2 or even a 1 out of 10 and you don't vote, you vote for them. There are currently about 20 people running for president including Ralph Nader (Ind.) and Cynthia McKinney (Greens- remember her?) and they all get votes, at least from the family members that are still speaking to them.

Like I said, it sucks. BUT-you have to ask yourself what the candidates bring to the dance. IF Obama or Clinton win, you'll get buried in red tape from an expanding bureaucracy as you pay the freight for people who don't feel like working.

Fact: The border will be bad no matter who wins. This is an election about least expectations and that sucks but that's where it is.

You can take this to the bank: Iran is working on getting the Bomb. With the Bush presidency winding down (and for all its faults, he at least scared the fuckers) who will stand up to them? This may be the only relevant long-term question. Protecting the border won't mean Jack if you let Iran get a toehold in, oh, say Venezuela or Nicaragua with their Al-sahab missiles and some heat on the end of them.

If Obama or Clinton win, they will abandon Iraq leaving a gaping hole in US security as they focus on domestic entitlements, leaving the Islamic nutjobs to roam free, re-establish bases in the Middle East, and attack America at home yet again.

How many more people will die? A discovery of uranium in Colombia recently does not bode well for the future.

Obama and Hillary will give you entitlements you might not live to collect.

McCain will keep you alive. You can argue with him till the ends of the earth about other things after that, but you have to be breathing to do it. He, at least, gives you your best shot at that, as piss-poor a choice as it is.

It sucks, but McCain will crawl over broken glass to keep Americans at home and abroad alive. I wish you had a better choice, but there it is.

John McCain is the worst candidate for US president in the world, except for all the others.

Caliban
Posted by caliban at 11:42 PM No comments:

ABOUT THAT CIVILIAN NATIONAL SECURITY FORCE

Still, if you look at some of the things he's said on the campaign trail and pair them with what his wife has said, against the German backdrop, it does conjour up images.

"We cannot continue to rely only on our military in order to achieve the national security objectives that we’ve set. We’ve got to have a civilian national security force that’s just as powerful, just as strong, just as well-funded"

"Barack Obama will require you to work. He is going to demand that you shed your cynicism. That you put down your divisions. That you come out of your isolation, that you move out of your comfort zones. That you push yourselves to be better. And that you engage. Barack will never allow you to go back to your lives as usual, uninvolved, uninformed.”

She didn't say if they would use the security force to make this happen, but...

Didn't they try that whole require-you-to-work-civilian-security-force thing in Germany a few years back?

The Gestapo was originally the Prussian security police and pre-dated the Nazi party. Goehring took it over and went national with it before handing it off to Himmler.

I'm not trying to make an overt Nazi comparison, it's just that when you get something that big set up, run by human beings, it's open to abuse.

Especially if it's ideologically driven.

What began as a run-of-the-mill European security aparatus became, in the hands of someone with broader ambitions, a different entity.

The building process of something that pervasive should consider what can happen if it's badly run. Given the habit of government programs to mutate, it's not an unreasonable concern.
Posted by caliban at 4:32 PM No comments:

Labels: mastery of the obvious the big fight

CRAZY TALK NOT SO CRAZY ANYMORE 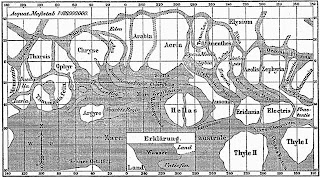 So, maybe Lowell and Schiaparelli and other early observers of the angry planet may have seen the last gasps of Martian surface water.

Given the warming that ended the last Ice Age some 15,000 years ago (Save the Woolly Mammoth!) and recently observed reductions in Martian polar ice caps because of Sunspot activity, maybe they were just calling what they saw.

Now, I know I'M an idiot, but Percival Lowell? Not so much. He was an actual...what's the word? Oh yeah...scientist.

He died in 1916 looking for a planet beyond Neptune. The discovery of Pluto in 1930 proved he was right.

Just saying.
Posted by caliban at 4:33 PM No comments:

HUGO'S PAL HAS A NEW TOY, BUT WILL HE SHARE?

Ajad and Crazylegs Chavez are tight and getting tighter.

The new Long Range Shahab 3 Iran tested yesterday (link in headline) has a range of about 2,000 kilometers.

Distance from Caracas to Miami? 2152.77 kilometers.

Anyone else notice this?

Anyone?
Posted by caliban at 1:47 PM No comments:

Labels: mastery of the obvious the big fight

THE ONLY REFINERY THE DEMS APPROVE OF SHIFTS INTO OVERTIME

As B.O. continues to 'refine' his positions.

From public financing and the Cuban embargo to sitting down with Ajad and NAFTA, the most laughably inexperienced politician to ever seek the free world's number one post continues to step on his dick, but the media don't care.

If he worked as hard at refining oil as he has at 'refining' his various positions, gasoline would be about ten cents a gallon.

Refineries? We already got one!

Good roundup from Newsbusters. Link in headline.
Posted by caliban at 12:48 PM No comments:

POLICE COULD USE A HAND

Sixth severed foot washes ashore in British Columbia. Second in three days. Hit the link in the headline for the story.
Posted by caliban at 4:51 PM No comments:

caliban
Found under a rock, a creature of appetite and imprudence 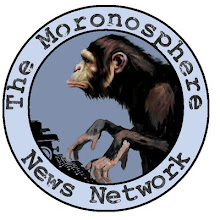